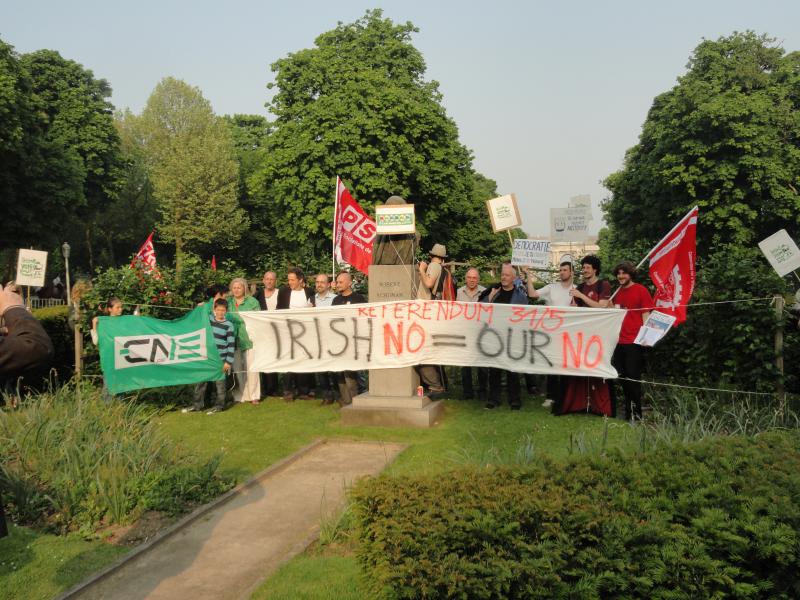 Brussels rally in solidarity with the Irish ''No'' campaign

80-100 people gathered a few meters from the informal EU Summit (May 23) to express their solidarity with an Irish NO vote to the EU austerity treaty.

Demonstrators underlined their intention to stand with the Irish people against the blackmail operation launched by governments and the leadership of EU to force them to vote in favour of a Treaty establishing austerity as the permanent economic policy in Europe.

You can watch the interventions made in this meeting at Bambuser

Similar solidarity actions have happened in The Hague, the Netherlands, Madrid in Spain and will also be held in Copenhagen, Denmark.

What is the best way to show my support for the Irish NO to the referendum ? Are there citizen support groups ?

Hi Keep up with the excellent posts. Thanks you very much