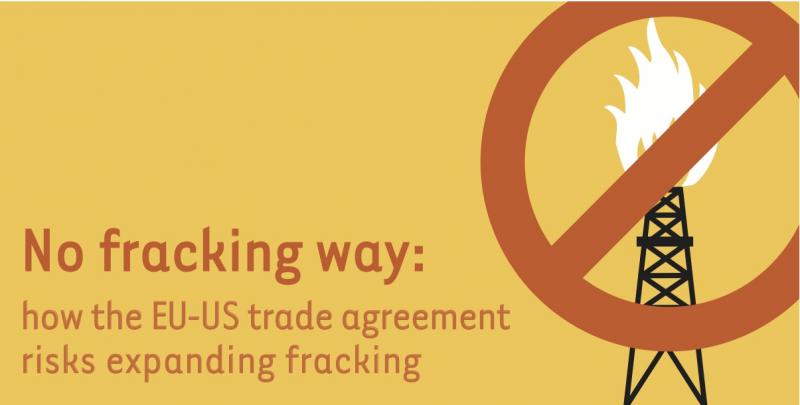 A trade deal between the EU and the US risks opening the backdoor for the expansion of fracking in Europe and the US, reveals a new report by Corporate Europe Observatory and other groups. As part of the deal currently being negotiated, energy companies could be allowed to take governments to private international tribunals if they attempt to regulate or ban fracking and the dangerous exploitation of unconventional fossil fuels. Campaigners are urging the EU not to include such rights in trade deals.

This brief analyses the investor rights clause in the proposed Transatlantic Trade and Investment Partnership (TTIP) and how it could give special rights to companies to claim damages if they deem their investments (including future profits) are adversely affected by changes in regulation or policy.This  would make it much harder for countries to ban or impose strong regulations on fracking for shale gas and other unconventional fossil fuels, for fear of having to pay millions in compensation. The report also argues that TTIP could expand fracking by removing the ability of governments to control natural gas exports.

More broadly, TTIP could likely thwart governments’ efforts to address global warming and reduce dependency on fossil fuels, the report states. It calls on the EU and the US to exclude investor-state dispute settlement rights from the agreement and from other trade deals in the pipeline – including the EU-Canada Comprehensive Economic and Trade Agreement (CETA).

Watch a 5 minute news video on the issue: