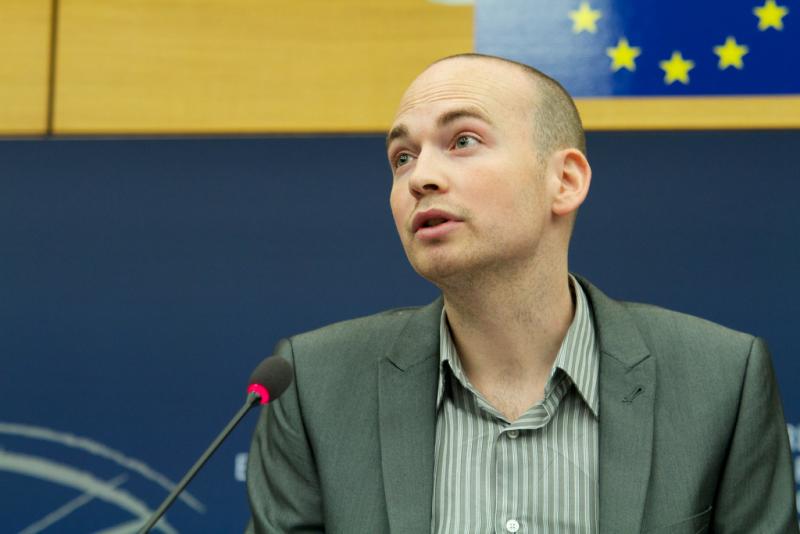 MEP: Raw Materials Initiative only in the interest of big business

Irish MEP Paul Murphy of the European United Left Group (GUE) is a member of the Committee on International Trade (INTA), one of the committees, which commented on the EU’s latest Raw Materials Initiative. He shared his reflections on the initiative with Corporate Europe Observatory (CEO), described what kind of raw materials policy is needed and talked about the role of corporate lobbying in the European Parliament.

How do you see the EU’s Raw Materials Initiative?

I see it as a strategy which is solely in the interest of big business in Europe, which wants to get access to raw materials – at any cost and despite the damaging impact that this can have on indigenous communities, the environment and working class people. That’s what the strategy is about.

Actually, I think that most things in the EU are about pursuing the interests of big business, but it seems to me that the raw materials strategy is one of the things that is less subtle – it clearly shows the true face of the EU and capitalism in general.

Can you give an example?

The raw materials initiative is very explicit about doing away with the right of other countries to impose export taxes on their resources. The only reason for that is that European multinationals want to get access to them and to profit more. I am not saying that export taxes are the solution for everything. I stand for democratic public ownership of raw materials in those countries. But it is a democratic right of countries to impose the kind of taxes that they wish to impose. And export taxes can help economic development in the Global South, help countries move up the value chain as opposed to just being left with what multinational companies and the Western world want them to be: a source of cheap raw materials and cheap labour.

Another aim of the Raw Materials Initiative is to limit countries’ ability to regulate investment in the raw materials sector...

Yes, the initiative and the approach of the majority of the groups in the Parliament, linked to the interest of big business in Europe, is to try to eliminate or push back the abilities of countries to regulate or restrict investment in raw materials. Again, for me this is a question of basic sovereignty and democratic rights of countries to say who they want to invest. Do they want multinational corporations which would do anything to maximise profits? Or do they want to impose serious restrictions?

In a recent speech in the European Parliament you made the link between the raw materials strategy and an increasingly militarised Europe. Can you elaborate on that?

Europe has few of its own raw materials, but European capitalism is dependent on these scarce materials in order to compete. What flows from that is a race for raw materials at any cost, including doing deals with dictators and ravaging both the environment and communities. Another consequence of this is that we already see and are going to see more and more resource wars, including for raw materials. You already have a new race for Africa, with China, for example. Europe’s push to access the world’s raw materials is linked to the drive to militarise Europe even further because one thing has to go with the other. Trade and militarisation are absolutely intertwined on the basis of the current European Union policy. Imperialist trade is backed up by military force. That’s what enables the EU to impose unfair trade conditions on other countries and what enables them to compete with the likes of, lets say, China.

In your opinion, what position should the Parliament take on the Raw Materials Initiative?

In my opinion, the European Parliament should oppose the initiative and support an alternative strategy. It shouldn’t be based on the interest of multinationals in Europe. It should be based on the interest of ordinary people everywhere. This would mean recognising the democratic right of countries to impose export taxes, to regulate companies and to nationalise their raw materials if that’s what their people wish to do. The dependency of European capitalism, of European society on raw materials from elsewhere is extreme. The average person in Europe uses four times as many raw materials as the average person in Asia and five times as much as the average person in Africa. Europe’s raw materials strategy should be about shifting away from this reliance on raw materials to real recycling and re-use. That’s the alternative direction that needs to be taken. But of course, this is not in the interest of most multinationals because they want to sell their stuff over and over again. They don’t want you to re-use.

In how far would this alternative raw materials strategy benefit people in Europe?

I don’t accept the way this place often works, which is that we have to fight for the interest of Europe and what’s hidden behind the word ‘Europe’ is the interest of big business in Europe. They try and pretend that everybody in Europe has the same interests, that working class people, small farmers, young people, unemployed people... that we all have the same interest in terms of the multinationals getting better access to raw materials. I don’t accept that. I think that the interest of ordinary people in Europe lies with assisting other ordinary people to benefit from their raw materials, that is in the countries of the post-colonial world. That’s were people’s real interests lie.

What role did lobbying play in the Parliament’s discussion about raw materials?

Honestly, I don’t know. When I came to Brussels with Joe Higgins in 2009, [Murphy was previously Higgins' assistant and replaced him as MEP after Higgins was elected to the Irish Parliament] we were new and we received a lot of phone calls from lobbyists, but they have died away. It looks like word has gotten out that we don’t meet corporate lobbyists. But in general, lobbying is central to how the European Parliament works. Because this place is about very technocratic legislation and MEPs don’t know everything about the topics they are dealing with. So there is a gap in knowledge that lobbyists fill with information. But this is never neutral information, it is always from a certain side. On any big issue that fundamentally impacts on profits of multinationals, you will see corporate lobbyists occupying this place – and that includes raw materials.

What needs to change when it comes to lobbying and the European Parliament?

Full transparency! We need to know who’s here and whose interest they represent. But I would go further than that. Because the fact that corporate lobbyists as in those representing big business currently have access to MEPs in a way that citizens don’t have, in a way that NGOs don’t have and that campaigning groups don’t have – that’s fundamentally wrong and needs to be changed. Corporate lobbying is an anathema to real democracy, so it definitely shouldn’t occupy this place.