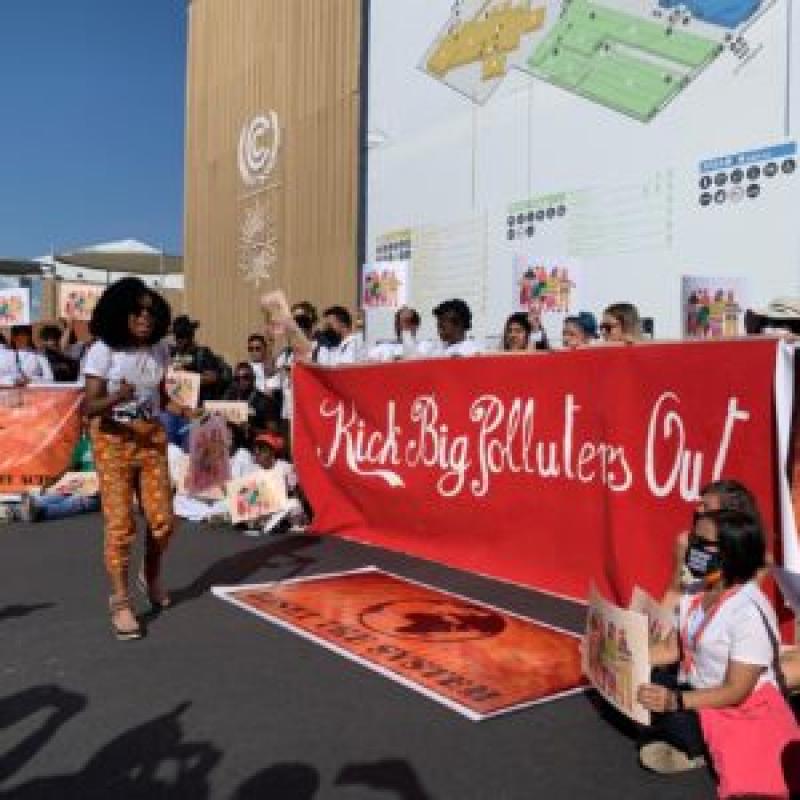 10th November 2022, Sharm El-Sheikh – 636 fossil fuel lobbyists have been registered to the COP27 climate talks, affiliated with some of the world’s biggest polluting oil and gas giants. This is an increase of over 25% from COP26, showing a rise in the influence of the fossil fuel industry at the climate talks that are already rife with accusations of civil society censorship and corporate influence.

Data analysis of the UN’s provisional list of named attendees by Corporate Accountability, Corporate Europe Observatory (CEO), and Global Witness (GW), reveals the scale at which corporate actors with a stake in the continued burning of fossil fuels have been enjoying access to these critical talks. The findings are giving fuel to a growing global push to safeguard the talks from polluter interference.

Researchers counted the number of individuals registered – either directly affiliated with fossil fuel corporations, including the likes of Shell, Chevron and BP; or attending as members of delegations that act on behalf of the fossil fuel industry.

The analysis finds that oil and gas influence at COP is growing:

It comes as Global South activists, indigenous communities and others who are disproportionately bearing the brunt of the climate crisis have effectively been shut out of the talks by high costs, visa challenges, and repressive actions by the hosting country.

A spokesperson for the groups, said:

“With time running out to avert climate disaster, major talks like COP27 absolutely must advance concrete action to stop the toxic practices of the fossil fuel industry that is causing more damage to the climate than any other industry. The extraordinary presence of this industry’s lobbyists at these talks is therefore a twisted joke at the expense of both people and planet.”

“This comes at a time when people all around the world are suffering from financial strains caused by high energy prices and millions more from the disastrous impacts of the climate crisis. Rather than being the start of the real climate action needed, COP27 looks set to be a festival of fossil fuels and their polluting friends, buoyed by recent bumper profits.”

“Tobacco lobbyists wouldn’t be welcome at health conferences, arms dealers can’t promote their trade at peace conventions. Those perpetuating the world’s fossil fuel addiction should not be allowed through the doors of a climate conference. It’s time governments got out of the pockets of polluters, come to their senses and help make COP27 the success the world vitally needs it to be.”

The presence of lobbyists at COP does not end with the fossil fuel industry. Other polluting industries deeply implicated in the climate crisis, such as finance, agribusiness, and transportation are also present, although they are not included in this particular analysis.

These new findings build on calls in recent years to protect the integrity of the UN’s climate negotiations by establishing clear conflict of interest policies. In recent years countries collectively representing almost 70% of the world’s population requested these conflicts of interest be addressed.

“There’s been a lot of lip service paid to this being the so-called African COP, but how are you going to address the dire climate impacts on the continent, when the fossil fuel delegation is larger than that of any African country? More than 450 organisations around the world are calling on world governments to do what they should have done from day one. It’s time to kick Big Polluters out! No more writing the rules or bankrolling the climate talks. ”

A broad coalition, including those who conducted this analysis, are demanding the UNFCCC and countries finally kick big polluters out of climate talks, and are demanding an accountability framework that clearly excludes organisations that have financial or vested interests in the production or burning of fossil fuels.

This is the second year running the organisations have conducted this analysis, last year finding that there were 503 fossil fuel lobbyists registered in Glasgow.