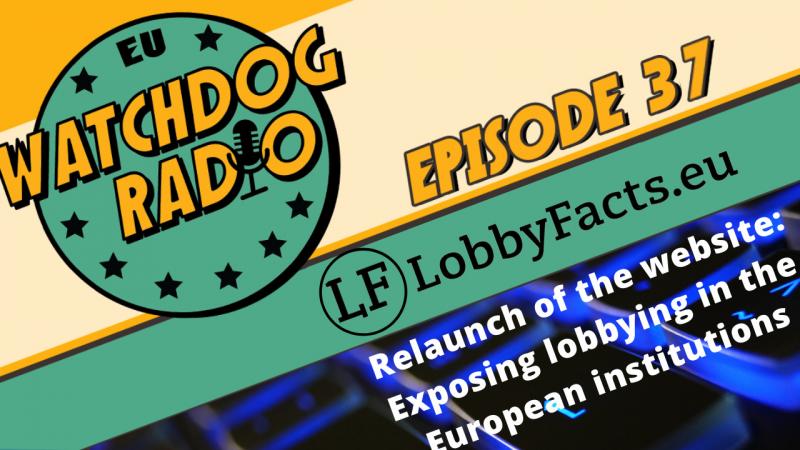 Welcome to a new autumn episode of EU Watchdog Radio. In this episode we will discuss the re-launch of one of CEO's flagship initiatives to create more transparency in EU decision making: LobbyFacts.eu. This tool was created by CEO and German sister organisation LobbyControl in 2015 and has now been improved and re-launched.

In this episode we'll talk to Vicky Cann, researcher at CEO, who has just published new research on the  EU lobbying business. Last week brand new analysis EU lobby data website LobbyFacts revealed last week that the companies with the highest-declared lobby budgets have increased their spending by a third since 2015.

LobbyFacts, which presents data from the EU transparency data in a user-friendly database, found that while in 2015 the top-declaring companies spent roughly €90m between them on lobbying, this figure increased to almost €120m in 2022, a one-third jump.

By comparison, the biggest 50 NGOs declare spending 40 percent less than the biggest companies.

And the top 50 companies appear to have significantly greater access to the EU Commission than the top 50 NGOs since December 2014.

These are further indications of what is already widely known: the corporate sector has a far greater lobby footprint in Brussels than public interest groups. Corporate interests continue to dominate Brussels' lobby scene.

This podcast is produced by CEO and Counter Balance. Both NGOs raise awareness on the importance of good governance in the EU by researching issues like lobbying of large and powerful industries, corporate capture of decision making, corruption, fraud, human rights violations in areas like Big Tech, agro-business, biotech & chemical companies, the financial sector & public investment banks, trade, energy & climate, scientific research and much more…

You can find us on iTunes, Spotify & Buzzsprout. Stay tuned for more independent and in-depth information that concerns every EU citizen!