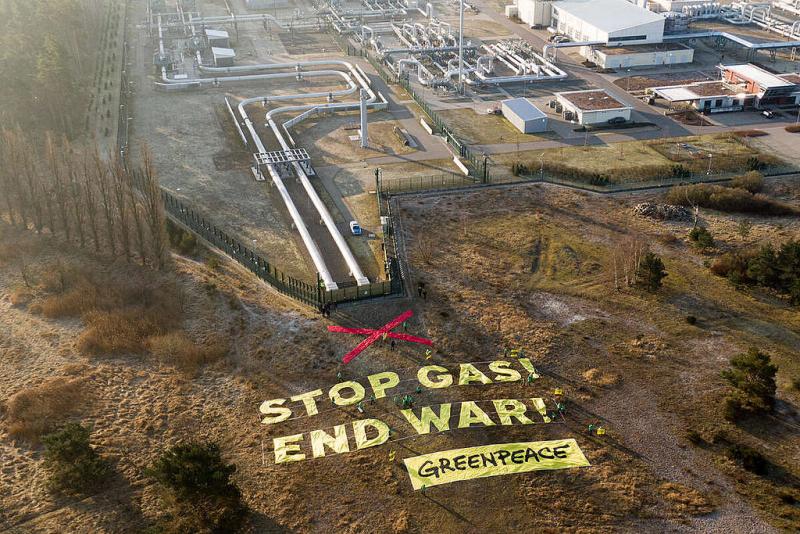 The terrible events unfolding in Ukraine as a result of Putin’s invasion mean suffering and misery for millions. The ramifications will not just be felt in Ukraine and Russia, but across Europe and the globe for years to come. Already corporate lobbyists have used the war to roll back very urgent steps to implement the the EU Farm to Fork Strategy, while also promoting new fossil fuel projects in Europe and around the world. Below Corporate Europe Observatory brings you its latest analysis on lobbying and the Ukraine crisis, from energy and agriculture policy, to tracking the corporate opportunists and their lobby demands, and Putin's support for the far-right across Europe. We also revisit our previous work to show the context of the crisis and to draw lessons for the future.

“Lobbying for the Kremlin, for its rich cronies, and for Russian corporations like Gazprom has been big business in Brussels. Anyone doing this work must be immediately banned from lobbying Commissioners, officials, MEPs, assistants, and member state Permanent Representations. But this is not just an issue about the Putin regime. PR merchants and guns-for-hire lobbyists have long been employed by repressive regimes from around the world and have enjoyed easy lobby access and influence in Brussels. They and all corporations with close ties to these egregious governments must be banned from lobbying the EU. We also need to get tough on the revolving door and on political party funding linked to brutal governments, and urgently open up company and asset ownership data so we can track dirty money across the EU and globally.”

We make the following demands of EU and national decision-makers across Europe:

“It took six rounds of sanctions on Russia for the EU to turn its attention to lobbying, and the problem is still not fixed. The EU’s piecemeal approach is not working - lobbyists will always find a way to dodge weak rules and mine loopholes. We need an urgent EU ban on all forms of lobbying by repressive regimes and their corporate allies, and to firmly shut the door on fossil fuel lobbyists. Both the Ukraine crisis and the climate emergency deserve this urgent action.” 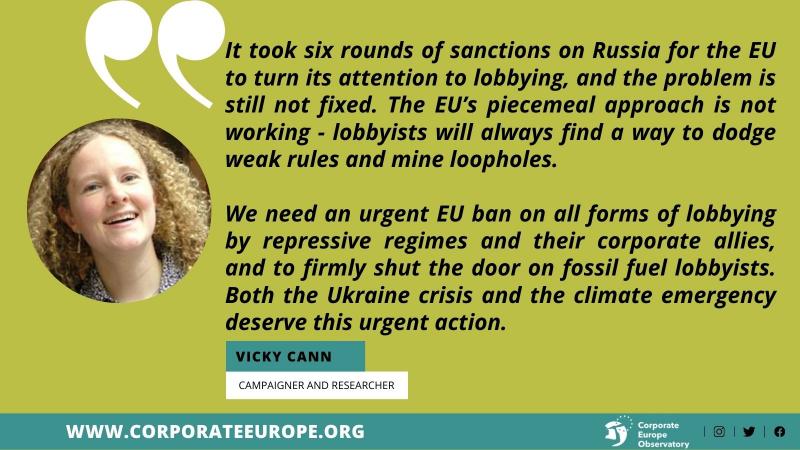 Tackling the energy and climate crises

“Europe’s dependence on Russian gas is not an accident but a consequence of how the fossil fuel industry has captured EU decision-making. Back in 2014 the EU chose to invest billions in new gas pipelines and LNG terminals rather than investing in sustainable renewables and energy efficiency. And this capture continues today in the continent’s response to the Ukraine war: the EU wants to replace Russian gas with imports from other repressive regimes like Azerbaijan or Egypt, or destructive fracked gas from the US. That’s not a real solution, and nor is providing support for industry favourites like hydrogen and biomethane. Rather than spending billions on arms and militarisation, the EU should invest in real renewable energy solutions and a mass energy efficiency programme to insulate homes, create jobs and tackle energy poverty and the growing cost-of-living crisis.”

"There has been an immense and well-resourced lobby campaign conducted against the EU's Farm to Fork Strategy by pesticide lobby groups and their allies. But now, and very cynically, the conflict in Ukraine is being instrumentalised by vested interests to ramp up the pressure to get crucial environmental and health commitments off the table. Big farm lobby groups and the Conservatives are scaremongering decision-makers about food security. However, Putin's war in Ukraine shows precisely the urgency to make food production less dependent on fossil fuels, pesticides and fertilisers. Short-term measures to ensure food security should instead focus on abandoning subsidies for biofuels, and reducing livestock production and food waste. As the Commission has postponed the publication of the pesticides reduction proposal by a few months, we can expect the pesticide lobby to use this time for further derailing tactics." 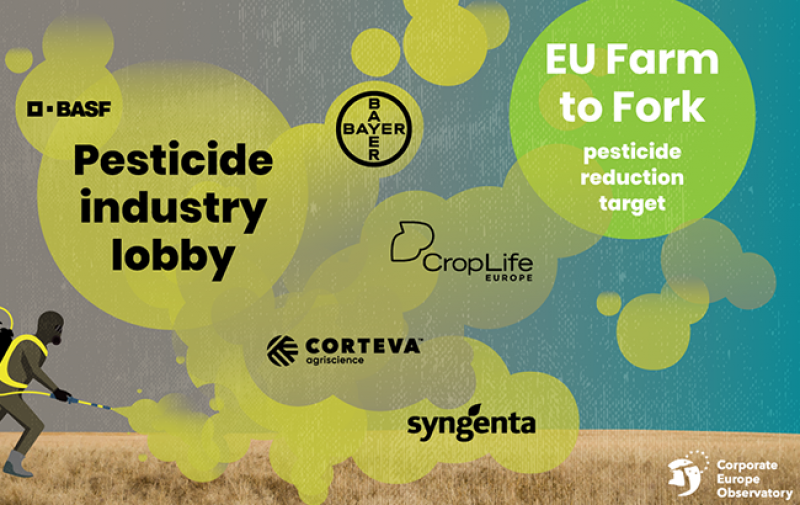 “Putin has tried to frame his invasion of Ukraine as "denazification" and as a fight against fascism. But this framing is a gross distortion of the truth. Putin and his political party have been some of the biggest supporters of the racist and xenophobic far-right across Europe. Le Pen and Rassemblement National in France are the ultimate success of the Kremlin strategy to seduce the far-right. But there is also Salvini and Lega in Italy, Orbán’s Fidesz in Hungary, and the FPÖ in Austria. These parties and leaders may now be scrambling to disassociate themselves from the Kremlin, but with national elections due in France, Hungary, and Austria this year, we hope voters recognise these political parties for what they really are.” 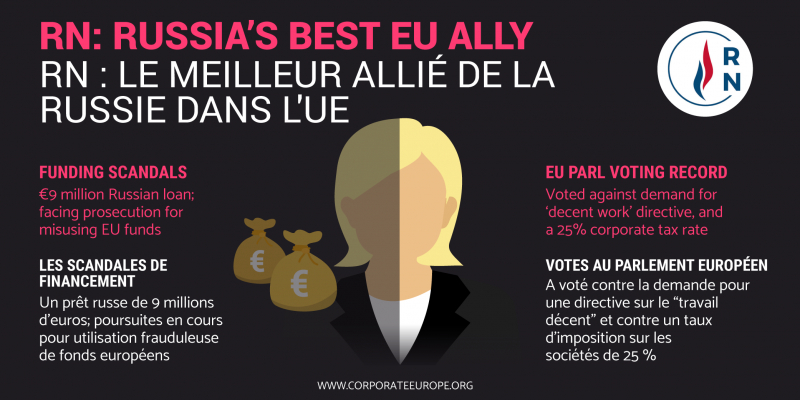